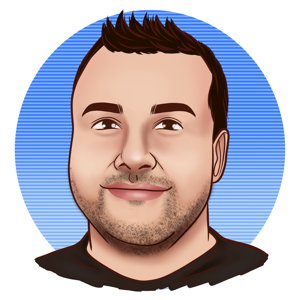 Getting started with Traefik and Docker

Traefik is a versatile cloud native router that can be used with many orchestration tools (swarm, nomad, and kubernetes). The easiest way to explore Traefik is with Docker Compose.

If the end goal is to build a simple static site (blog, portfolio, marketing page), then Traefik is likely overkill. Free hosting solutions like Vercel and Netlify are better options. If your requirements get more complex, it may make sense to evolve to Traefik and Docker Compose.

Here are some scenarios where I'll consider Traefik + Docker-Compose setup.

Deployed/Internet Accessible (only needed when you are ready to deploy)

Create a new file named docker-compose.yml and add this yaml

This compose file isn't doing much yet. It simply launches our Traefik container. We could have started the Traefik container directly in standalone mode, but knowing that our final solution includes docker-compose, it made sense to start here.

The equivalent docker run command to the compose file above would be:
docker run -p 8080:8080 traefik:v2.3 --log.level=INFO --api.insecure=true

This is why these values are called commands in the yaml above. They translate into command line arguments for the container. These are considered Static Configuration, which I'll cover in more detail in the Q/A section.

From the directory where your docker-compose.yml file is located, type in the terminal:

You can now navigate to the Traefik dashboard on http://localhost:8080 and see the dashboard.

Now that Traefik is running with docker compose, let's add a couple docker containers that will help with testing. I have chosen two very popular whoami docker images that simply output information to a webpage:

Update your docker-compose.yml file to

We still aren't taking advantage of Traefik. Here we just added two containers so we can test routing and subdomains in subsequent steps.

Stop the running instance of docker-compose with [control]+c

Restart docker-compose, but this time in detached mode to simplify these steps moving forward.

Let's Proxy Our Traffic Through Traefik

We can now start using the power of Traefik and make sure all our request are routed via Traefik. Make the following changes and restart docker-compose.

The Traefik dashboard and containers will now be available via their hostnames instead of by port number. Navigate to http://dash.localhost, http://hello.localhost, and http://whoami.localhost

We have completed our simple example of Traefik and Docker Compose locally and learned some key concepts. Let's take what we learned and deploy to a VM on the internet.

Setup your VM with Docker

For this next section, you'll need a virtual machine (VM). You could use almost any provider, but I'll be using Digital Ocean for this example (the basic $5 Ubuntu Droplet).

Each provider will have different steps to provision and get SSH access, so I'm going to skip these parts and assume you have SSH'd into your new VM.

If you know how to sync your compose file, feel free to do so, otherwise simply copy it or retype it. We'll need to make a couple small changes. You won't be able to use localhost on the internet, so here is where' we'll swap localhost for your domain name. My domain is called code1.site, but please use your domain in this place.

Here is my docker-compose.yaml file after I swapped the domain names.

This Article is in Draft / Incomplete Status

This article is currently being written. Expect frequent updates and completion within the next few weeks. I often release early to motivate myself to finish the articles :)

What is static and dynamic configuration in Traefik? What's the difference?

Honestly, this is difficult to understand. Here is my attempt. Once Traefik starts, static configuration cannot change without a restart, however Traefik will ingest changes to dynamic configuration and adapt. In a perfect world, everything would be dynamic, but currently some config must be defined statically at startup. Let's explore the differences

Dynamic Configuration (all the routing stuff)

How does Traefik auto-detect the container port if there are zero or multiple port(s) exposed?
Port auto-detection will only work if the container has exactly 1 port exposed. If it doesn't have exactly 1 port exposed, then you have to add that configuration to that services label section. This feature will only work in Docker Compose mode, it does not work in Docker Swarm mode.